Well we arrived at The Pilot Truckstop, just off Exit 99 of Interstate 5 (the road from Canada to Mexico) in Thurston County for, as my dad put it, ‘a real slice of Americana.’

This was the real deal. Row upon row of beautiful American conventional trucks (engine in front not underneath); many shiny and gleaming with chrome bumpers, radiator grills and exhaust pipes.

We went inside and soon discovered trucker land: a fast food joint, a mini supermarket, DVD’s, basic truck spares and tools, a whole array of sunglasses and of course, showers!

Whilst I ordered the mandatory fast food, my dad had already engaged one of the aforementioned truckers in conversation. I took my seat eventually and we got down to the nuts and bolts of this opportune meeting.

Turns out we were talking to Dane P Carver, one fully certified truck driver running goods between his home town of Portland in Oregon and Tacoma, Washington state.

He was a real interesting guy and he told us he was a San Francisco 49ers fan and he had lived and worked in Scotland, even visiting John O’ Groats – well that’s one up on me.

He also told us that Truckstops were often frequented by ‘ladies of the night,’ and the girls have become peculiarly known amongst the trucking fraternity as ‘Lot Lizards’ (parking lot I guess).

Dane went on to say that some drivers have a special sticker on their trucks, which is a picture of a ‘feminised’ lizard inside a red circle, with a red diagonal line through the centre – indicating no interest. In other words, don’t knock on my window!

It seems that King Solomon of old was right when he said ‘there is nothing new under the sun.’  It’s amazing what you can learn by hanging out in an ordinary place, rubbing shoulders with ordinary people.

As we left, the constant tide of trucks coming in and those departing for their next destination continued unabated. It had been fascinating & interesting to sample this particular slice of Americana indeed. 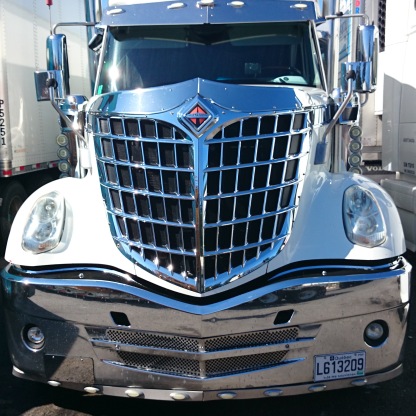 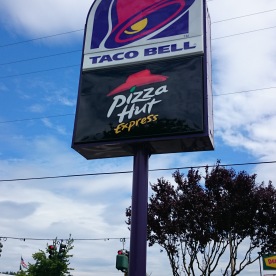